Susanne Eman is on a quest to become world’s fattest woman! The woman’s daily menu includes 20,000 calories. Her breakfast alone is made up of six eggs, a pound of bacon, four large potatoes with sour cream, a Shaorma plate, 2 liters of juice and 6 milkshakes. And, believe it or not, her boyfriend is the one who cooks and delivers all of her large meals. As strange as it sounds, Nick Abbate, a writer specializing in nutrition and weight loss, loves to cook huge meals for Susann to help her gain weight. Nick, who previously suffered from obesity, but managed to lose the extra weight, just eats salads while his future bride devours whole pounds of food. 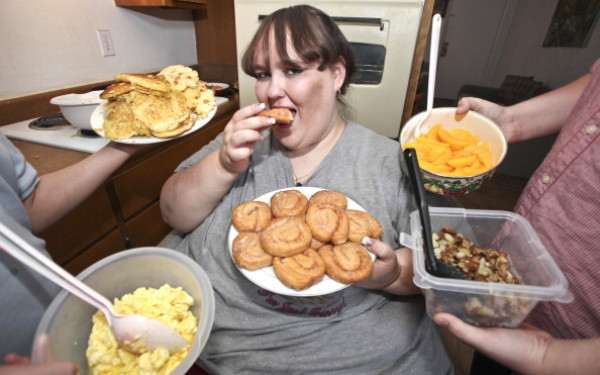 fortherich - 6 November , 2014 0
Ivan Tukhtin posted on his Youtube account a video that gone viral in just few hours, with 1 mil views. While he was driving...