Employees of a museum made a shocking discovery while looking on surveillance footage captured by one of cameras installed in the museum. Every night, one of the Egyptian statuettes appears to come to life.

People working at The Manchester Museum in Britain noticed that every day one of the artifacts changes its position despite no one touching it. The Egyptian statue became the most controversial piece of museum in the world. To make sure that everything is real, employees watched carefully every seconds of the footage captured by cameras and say they are certain the statue moves by its own. 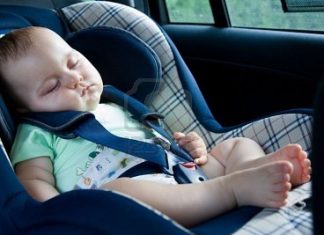 viral - 12 November , 2017
0
Since 1998, 742 children have died due to pediatric vehicular heatstroke, with the number of deaths increasing in recent years. All of these deaths...

Grieving Mother Given A Helping Hand By A Local Radio Station

It’s Baby’s First Christmas. Her Antics Have Everyone in Laughter

Little Girl Ready to Irish Dance at Wedding, But Keep Your...

When This Little Boy Came Across His Father’s Razor, He Did...