Whether we like to admit or not, winning the lottery is something we all secretly wish for. But for one women from North Carolina, winning the lottery didn’t represent the end of her problems. In fact, it was quite the opposite of that.
When Marie Holmes found out that she had won $188 million on the North Carolina Powerball lottery, she was ecstatic. The woman had struggled financially to support her children and keep up with the bills, so the winning couldn’t have come at a better time.
Everything was great until the woman’s pastor sued her for no less than $10 million.
According to the pastor, him and Marie had made a verbal agreement that involved the woman giving him a large donation. The money was supposedly meant to go into purchasing a parcel of land.
The woman paid the pastor $700,000 for the purchase of the land, but he still wasn’t satisfied and thought the woman should respect her part of the verbal agreement. So he sued her and asked for $10 million.
The lawsuit took Marie completely by surprise and said that she never expected winning the lottery to bring her so much problems. Find out more about this story by watching the video below. 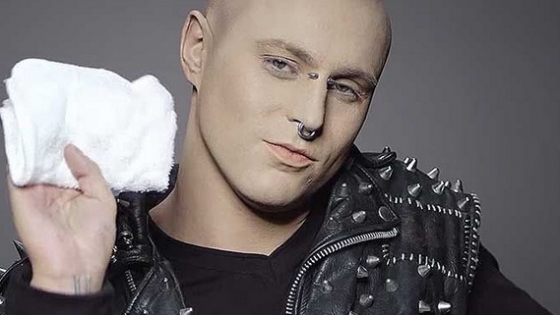 Everybody Was Shocked When They Saw This Man Remove The Makeup...

fortherich - 5 January , 2015 0
Known as Zombie Boy, Rico Genest made a unique experiment. When you see him wearing makeup, you may think that he is just a...

What This Girl Did to a Cop’s Burger Is a DISGRACE,...

Shocking: Bride Beaten By New Husband Because He Couldn’t Get Her...