The video below is worthy of a Hollywood action movie! The clip shows an inmate escape the cell where he was being held by police in under 30 seconds. The man manages to break out of the cell by only using his body in a scene that very much resembles a magic trick. He performs a seemingly impossible act and gently slips through the cell’s bars. His slim, flexible body fits just right though the small space between bars; still the man was detained soon after he got on the other side of the bars. The cell is a standard South African police station holding cell. 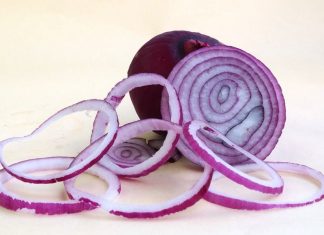 fortherich - 3 March , 2018 0
You may think that onions are only good in soups, sandwiches and other dishes, but as it turns out, there are a lot more...

The Penguin Falls, And When I Thought It Had Failed, This...

He Ordered A Burger, But Started Vomiting After The First Bite!...