As far as sitcom stars go, Tom Selleck is pretty much as big as it gets. Best known for his starring role as the Hawaii-based private investigator Thomas Magnum in the famous television series Magnum, P.I. that aired between 1980 and 1988, Tom Selleck is one of the biggest and most longevous celebrities in Hollywood.
His natural charisma, his acting talent and, of course, that impressive moustache of his have all helped him climb the fame ladder and become one of the best-paid actors.
And, believe it or not, Tom has said on numerous occasions that he owes all of his success to God. Tom Selleck is a passionate Christian and takes his faith very seriously. Selleck keeps this part of his life pretty private, but he has recently opened up to discuss the one thing that he thinks is most important in life, and that is his relationship with God.
Selleck said that looking back at all of the career decisions he’s made, he realized that God was the one who directed his steps. When things didn’t go as planned, it was simply because God had a different, better plan in store for him.
This is Tom Selleck chatting with the ladies at “The View.” 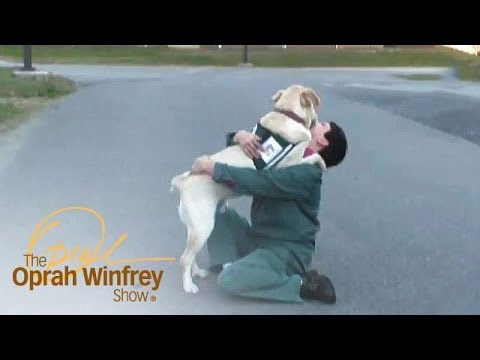 fortherich - 14 July , 2016 0
Dogs make our lives better, there’s no doubt about that. But for Iraqi veteran Bill Campbell, a dog is what made his life possible...