If you’ve ever had a dog, then chances are you know firsthand just how incredibly loyal they can be. Some would even go as far as saying that dogs are more loyal than people. Well, I don’t know about that, but it’s safe to say dogs have a special relationship with their human caretakers.
There are some incredible examples of the loyalty dogs have shown to their humans. This one is one of the most powerful yet.
Mary and John Hall are a couple from Minnesota who went through an experience that is pretty much every parent’s worst nightmare. Their entire world turned upside down when their five-month-old daughter named Nora suffered a stroke.
The stroke caused Nora severe brain damage, but the worst came when doctors let Nora’s parents know that the little girl had no chances of recovery and that they will have to let go of her soon. Their world was shattered into pieces, but they weren’t the only ones who were broken by the news.
The family’s two dogs who have been alongside Nora since the day she was born could also feel that something was wrong. For the months during which Nora was undergoing treatment, the two dogs never left her side.
They would only sleep and eat as long as they could keep an eye on Nora. It seemed as if the two dogs knew exactly what was going on and were completely aware of just how serious the situation was.
Even during Nora’s final hours, both dogs were there to say goodbye. 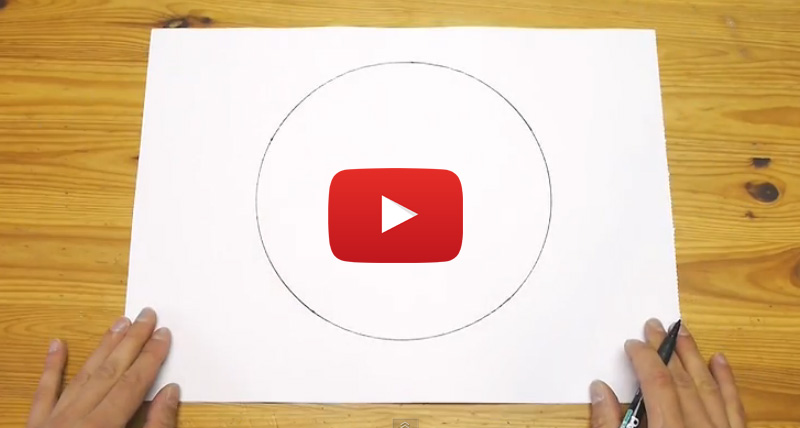 How to Draw a Perfect Circle without Tools!

fortherich - 6 June , 2015 0
If you want to learn how to draw a perfect circle, you’re in luck. This might come in handy for drawing charts and diagrams,...

A text message killed her in a deadly crash. When I...

The Dead Came Back To Life! This Man Opened His Eyes...