One lucky person in New York won the $321 million Mega Millions jackpot, the eighth-largest prize in the game’s history.

A single ticket matched all six numbers, including the Mega Ball. Lottery officials said the current jackpot has been growing since Aug. 22 when it was last won in Calimesa, Calif., at $180 million – 20 drawings ago.

A single winner was estimated to get $194 million if they chose the one-time cash payout. The winning ticket has not been claimed. It was a quick-pick ticket.

The winner bought their ticket at a Circleville store and Valero gas station at 2580 Route 302 in Middletown in Orange County, N.Y. The owner of the station gets $10,000 from the lottery for selling it.

Five winners also matched the first five numbers and will each get $1 million. Two of those winners were in Texas, and one each in New York, California, and New Jersey.

The Mega Millions game is played in 43 states, the District of Columbia and U.S. Virgin Islands. 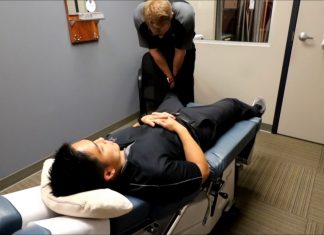 fortherich - 22 July , 2017 0
There’s something about letting someone else crack the bones on your body that just seems a bit off to me. However, paying a professional...

Take A Look At The Ocean Monster That Terrified A Whole...