All dogs have their favorite toys without which they can’t seem able to live without. For most canines, it’s either a stuffed animal or a rubber toy. Well, the three dogs in the video below have discovered a new favorite toy, and it’s not what any of us would expect: a laser pointer.
The dogs’ owners have initially bought the toy for their young child, thinking he would enjoy looking at the light as it moves from one corner of the room to the other. But as soon as they gave the laser pointer to their boy to play with, the family dogs immediately took an interest in it.
The dogs’ reactions to the toy was too good not to share with others, so mom grabbed her phone and began recording the hilarious reactions. In the video, you can see the toddler having the time of his life playing with his dogs. The pups, on the other hand, look confused and can’t find an explanation for that mysterious light on the floor.
It all took place under adult supervision, so you can rest assured both the kid and the dogs were perfectly safe playing with the laser pointer.
Take a look: 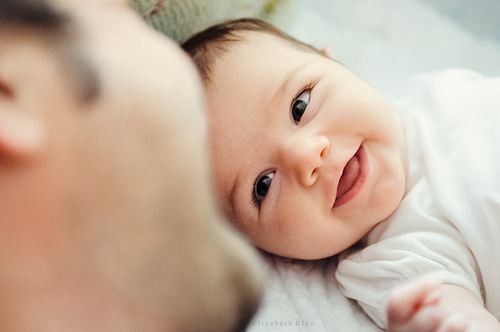 fortherich - 24 January , 2015 0
His wife had just given birth to a beautiful baby girl when something incredible happened. The proud father wanted to capture the emotional...