Turkish police detained two Georgian nationals after a woman was caught trying to sneak across the border hidden in a tiny suitcase. A 25-year-old man was stopped after Turkish authorities became suspicious about that black suitcase he was carrying when he entered the country. Custom officials asked him to open the suitcase. Officers were shocked to discover a skinny woman curled up inside the small carry-on. The entire moment was captured on video. The images were uploaded online where they became viral. Both the woman and the man who carried her were arrested then deported back to Turkey. 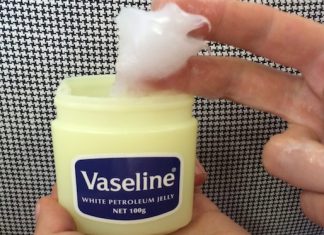 Mom always keeps vaseline in the house. Here are 15 common...

fortherich - 2 July , 2017 0
How much do you typically spend on beauty-related products? I’m going to go on a limb here and say that it’s probably more than...

This Bugatti Is The New Fastest Road Car In The World,...