Some moments are life-changing, and the performance captured in the video below is definitely one of them. A year after tragically losing his wife and the love of his life, Danny Evans decided to do something that was completely outside his comfort zone as a way to bring some much-need positivity into his life.
So he took things into his own hand and auditioned for a place on the world-famous competition X-Factor. His biggest wish was to share his talent with the world, but never expected this kind of a reaction from the audience.
His incredible voice captured the audience’s attention almost instantly – and it’s really no surprise why. Believe it or not, Danny had signed up to audition for the competition four times before, but he just didn’t feel ready until now. His daughter was the one who inspired him to finally take a chance and share his biggest passion with the world.
For his audition, Danny sang from the bottom of his heart and dedicated his performance to his belated wife. In every lyric that he sang, the audience could feel the emotion in his voice.
Later is always better than never. 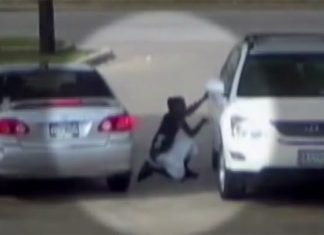 fortherich - 26 December , 2017 0
During this time of the year, many of us are travelling home or to a new vacation destination. And if you are using your...

This Homemade Hoverbike Will Blow Your Mind

You Will Puke Instantly ! He Was Shocked When He Saw...