Everyone knows Steve Harvey as a funny, charismatic TV personality and comedian, which is why he has so many fans throughout the world who tune in to watch his shows regularly. One of his youngest fans is an adorable little girl named Adelie.
Like her mom, Adelie is a huge Steve Harvey fan. In fact, one of her biggest dreams was to meet him in person. So she was beyond thrilled when she was offered the chance to be a part of Harvey’s successful show “Little Big Shots.”
Adelie was told that she was going to sit through the tapping of the show, but Steve Harvey had a few surprises in store for her. Not only was little Adelie invited on stage where she was able to meet Steve and get to know him a little bit better, but she also received a very special gift for him.
To find out what it was, watch the video below until the end – it’s worth it. The girl’s adorable reaction is the most precious thing you’ll see today.
It’s great to see celebrities who really take the time to connect with their fans and help them create amazing memories, right? 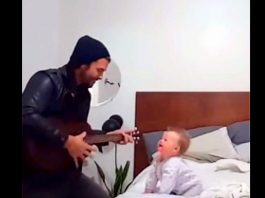 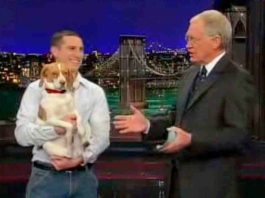 Owner Told His Dog to “Play Dead.” How The Beagle Did... 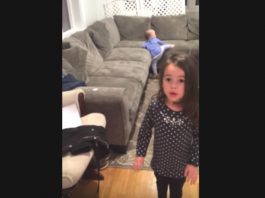 Funny 19 December , 2017
ABOUT US
We use cookies to ensure that we give you the best experience on our website. If you continue to use this site we will assume that you are happy with it.Ok