Cecilia Carrasco, a woman living in Chile, said she felt someone – or rather something – pushing her while she was in a lobby heading for her lawyer’s office. The whole scene was captured by surveillance cameras located in the building.

Now, Cecilia says she is afraid to leave her house: “I hit the floor hard and had to be taken to the hospital in an ambulance. (…) I did not see anyone in front of me, but I felt two hands pushing me back. Now I am convinced that it was a ghost, because I know what I felt, even if there was no one there. “ 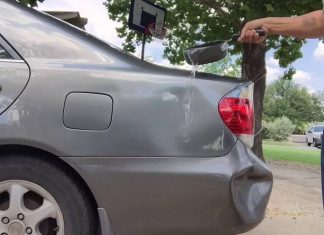