A South African man recounted the nightmare he went through when he woke up from coma, but, frighteningly, was unable to communicate it. Martin Pistorius went into a coma at the age of 12 years. Things got so hard for everybody that at one point his own mother looked into his eyes and said, “I hope you die”. What no one knew was that Martin woke up from his coma at 14 years old. He could not move or communicate, but was aware of everything that was going on around him. Terrifying, Martin’s brain began to function at age 14, but his body only followed 10 years later. 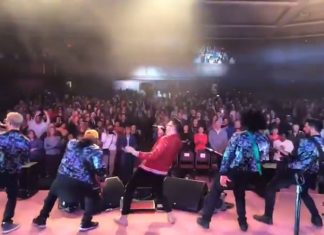 fortherich - 8 December , 2017 0
There is no other time when Christmas songs are everywhere you go. Whether you’re in your car listening to the radio, out shopping in...

A Couple Captures Every Moment of Their Cats Watching Them Eat

Easy Ways To Free Up Space On Your iPhone Without Deleting...

19-Year-Old Waitress Gets HUGE Tip from Generous Woman Who Used To...