Everybody has a soft side, and this massive man-sized kangaroo is no exception. Roger is the alpha male kangaroo at the Alice Springs Kangaroo Sanctuary in Australia’s Northern Territory. One of his fans gave him the stuffed pink bunny as a gift, but apparently he has mixed feelings about it: ‘I thought Roger would probably like to play with his soft toy. When I gave it to him he snatched it off me really quickly and proceeded to attack it, giving it a “bear hug” and wrestling it, even hugging it and kicking out as he would do in kick boxing match,’ said the sanctuary manager. 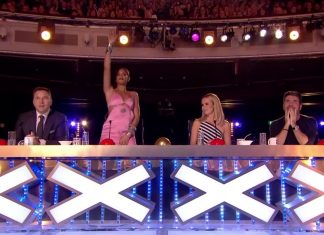 fortherich - 13 March , 2018 0
I think it’s safe to say the judges at Britain’s Got Talent have seen their fair share of talented performers; be them dancers, singers,...

This Horse Was Just Born And Everyone Is Talking About Him....

Husband Agrees to Makeover. Walks Out with New Look, Kids and...