At 15,”Frank and Louie” two-headed kitten died. The cat entered The Guinness Book of Records three years ago as the oldest cat in the world to have two heads.

The cat lived with its owner in Worcester, Massachusetts and had two names: Frank and Louie. Marty Stevens, the owner, said that veterinarians have determined that the cat had died of cancer. “Frank and Louie” had two mouths, two noses and three eyes. The uncommon pet had a single brain, so both faces moved at the same time.

Typically,animals with such disabilities do not live longer than four days after birth, but”Frank and Louie” reached the incredible age of 15 years old. 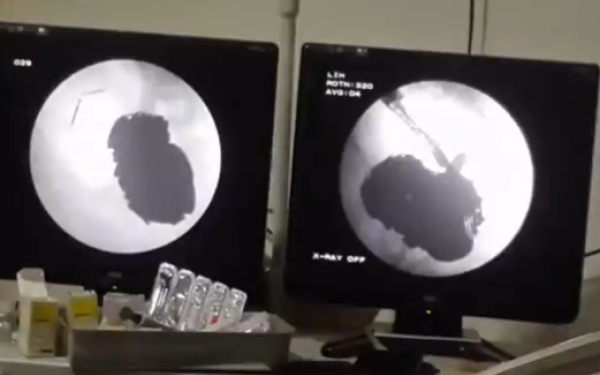 Indian Man Has 350 Coins and Pieces of Metal Removed From...

fortherich - 26 April , 2015 0
A man in India has shocked doctors! Surgeons removed hundreds of coins and nails after the man reported to the hospital with severe pain...

This Pitbull Saves Woman from Her VIOLENT Husband

She Was Walking In Her Garden, But Froze When She Saw...

Unbelievable! A Serial Rapist Asked To Be Euthanized. The Reason Is...