Many people like to get tattoos for all kinds of different reasons. Some get inked because as a way to honor someone or something. Others do it because it’s trendy or because of purely aesthetic reasons. But now researchers have developed a one-of-a-kind tattoo that might actually help save lives.
Researchers from MIT’s Media Lab have invented a tattoo ink which changes color based on varying glucose and pH levels inside the body.
The goal here is to turn the body into an “interactive display”, so researchers have thought of an innovative way to actually replace tattoo inks with biosensors. For those of you who didn’t major in chemistry, biosensors are liquids which change color as a reaction to alterations in the bloodstream.
The project is still in the testing phase, so we’re not going to see these tattoos go mainstream in the short future. But in the long run, it might actually be a better alternative to other, more invasive blood sugar testing methods.
What do you think? Could tattoos actually be used as a medical tool in the future or not? Watch the video below to shape a better understanding of what this project is all about. 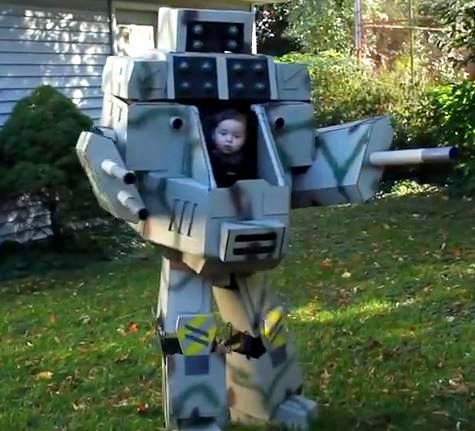 fortherich - 1 November , 2014 0
The video was posted on Youtube this month by Ryan Bowen. Ryan is a creative father, that has created an epic mech costume that...

Outrageous! She Setup A Hidden Camera, But Never Expected To See...

A Christian Asked Ashton What to Pray for On National TV,...

The Judge Who Sentenced Him To 20 Years In prison Could...