Steve Harvey is the kind of guy who can make anybody laugh. He is known as one of the funniest actors in Hollywood, but there’s more to him than just his jokes. He also has a soft side that he doesn’t show off to often. He proved that he is extremely sensible when it comes to some aspects of his life during one of his most recent shows. During Mother’s Day Week, Harvey surprised his wife of nine years with a touching on-air tribute that he prepared in advance. It’s not often you get to see Steve Harvey getting all emotional, so take a look: 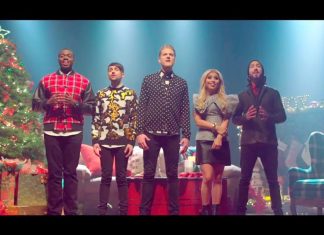