There is no denying that United States Army soldiers are some of the toughest men and women in the world. But just because they take their work responsibilities seriously doesn’t mean that don’t also have a different side.
Just like everybody else, they like to have fun! In the video below, a group of All-American soldiers form a group known as the 82nd Airborne Chorus prove that you can take your duties seriously and still be able to have fun in your free time. And it’s something that will instantly put you in a good mood.
These soldiers from Fort Bragg, NC always give 100%, and singing makes no exception. In addition to their talent, they are also extremely disciplined and know how to collaborate and work in formation.
Their routine showcased in the video is both powerful and smooth, and proves that entertainment comes in many different shapes and forms.
Out on the field, 82nd Airborne Division make up one of the most courageous and most daring of combat forces, and they often put their lives at risk jumping from planes into enemy territory to lead the way for the offensive.
Together, they served worldwide in times of war. 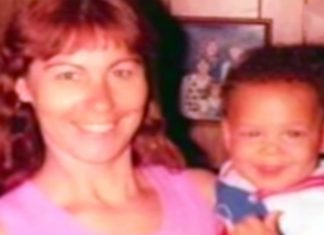 fortherich - 8 September , 2017 0
Adoption is not for everybody, but in the case of the woman in the video below, adopting her son Jordan was not only a...

This Girl Refused To Be Adopted By Kim Kardashian! Read Her...

Dog rescued a newborn baby from dump site in Thailand