Fortherich.NET
Home Popular This Man Secretly Filmed His Wife While She Was In The Car

This man managed to record his wife without her being aware of it. The whole thing happened in the car, and the result made everybody laugh out loud.
The woman started singing along a song playing on the radio. The song was Salt-N-Pepa’s “None of Your Business,” and the woman’s performance was truly surprising. When she realized she is being filmed, the woman stopped singing without knowing that her husband already captured everything….
The man was so impressed by his wife’s singing qualities that he uploaded the 40-second clip to You Tube with the title “The cutest gangsta I know, my wife”. 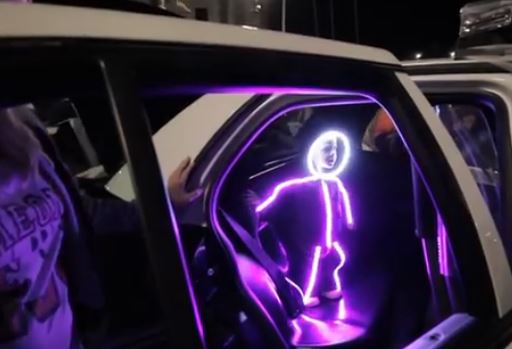 fortherich - 30 October , 2014
0
This video gone viral in just few hours. It`s a simple, impressive and amazing Halloween costume made by a cool dad. A father developed...

He Entered The Cage While The Lioness Was Feeding Her Newborn...

Shocking! This Baby Girl Is Suffering From Rare Disease: Her Tongue...