Robert Allen Jr. was adopted as an infant and his adoptive parents made sure it was a reality he was aware of. Although he always knew his birth family was out there, Robert waited for four decades until he was ready to meet his brothers and sisters. Once he had the names of his biological parents, finding his other siblings turned out to be an easy process. Robert learned he has three brothers and two sisters and that he was the youngest of them six. But the most shocking part of it all was the fact that one of his sisters actually met him before, but she had no
idea they were related. Watch: 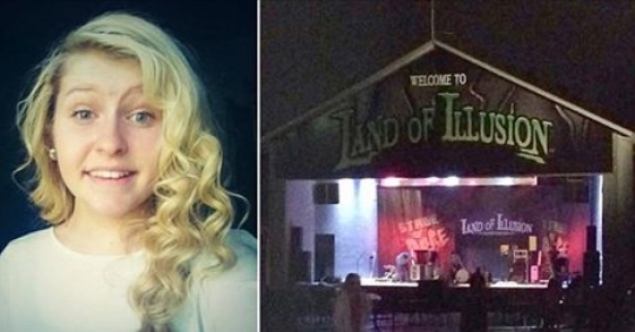 Did Ghosts Kill Her? Paranormal Lover Teen Died Shortly After She...

fortherich - 24 October , 2014 0
Christian Faith Benge, a 16 year old teenager, suddenly collapsed while on a tour of a haunted house. Tragedy in Ohio, USA! A whole community...

This man heard his daughter’s heartbeat one last time. The video...

The FIRST person in the WORLD to buy IPHONE 6 immediately...