Clifford Boyson and Betty Billadeau have a pretty incredible life story. The two siblings were separated at birth and lived an entire life without as much as getting to know each other.
It took them 65 years to find their way back to each other, and they actually got a savvy 7-year-old named Eddie to thank for it.
Eddie is Clifford’s neighbor and the little boy noticed that his elderly friend was always sad and preoccupied about something. When he asked him about it, Clifford told Eddie about his sister whom he had been trying to find for over four decades.
He told him that he tried finding her through email, but that every attempt he’s had failed. So Eddie decided to start a search on his own. Using his skills of navigating the Internet, the boy started looking Clifford’s sister up on social media.
It took him a while, but Eddie ultimately managed to find someone who fit the profile of Clifford’s sister. And after 65 years of being apart, Clifford and Betty were finally reunited.
One of the best thing about technology is that it helps people reconnect. Of course, having a tech-savvy neighbor doesn’t hurt either. 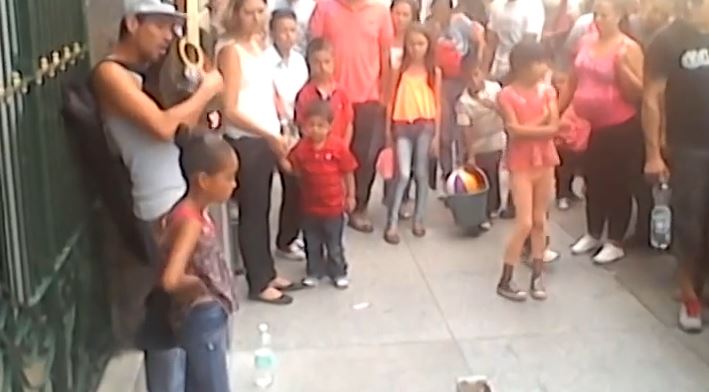 fortherich - 17 November , 2014 0
This video gone viral from the first day when it was posted on internet. On a sidewalk, one little girl dazzles a crowd as...