A lion attacked a car in which there were many people, while on a safari in South Africa.
A film crew visited a sanctuary owned by “The Lion Whisperer ‘Kevin Richardson, when a lion suddenly attacked the car in which he was. Those in the car did not seem panicked, the contrary they found it funny and began to film the big cat. Seeing that he can not get in the car, the lion retaliated fiercely and broke one mirror. After the encounter with the lion, the driver sped up and two other lions started running after the car! 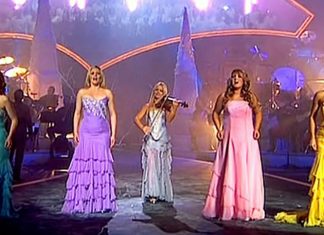 fortherich - 23 December , 2017 0
Ever heard of the Celtic Woman? If not, you’ll definitely wish you did once you listen to them belt out this moving rendition of...

With His Mom Watching, This Singer Has the Judges Wiping Tears...

He Hid His Tiny Cabin On Top Of A Mountain. Wait...

The Best Trained Dog Ever! You Won’t Believe How Talented He...