You probably remember Jordan Smith as the winner of season nine of the singing competition The Voice. Then, Jordan stunned everyone with his unbelievable voice, and as soon as the competition came to an end, reality set, and he came to realize just how many people from all over the world had fallen in love with his music.
Jordan set new sales marks on Billboard charts and not one but three of his performance recordings each bumped Adele’s platinum-selling “Hello” from the top sales spot at iTunes. This is no small feat, but it was only the beginning for him.
After the Voice, Jordan released his debut album which debuted as No.2 in sales in the iTunes store. And the man has no plans to slow down. In the video below, you can see him perform his favorite Christmas song: “Mary Did You Know,” and it will instantly give you goosebumps.
Not many people know this about him, but Jordan actually started singing in his church choir, so Christmas music is very close to his heart. And it definitely shows in his touching performance.
I know I could listen to this all day long. How about you? 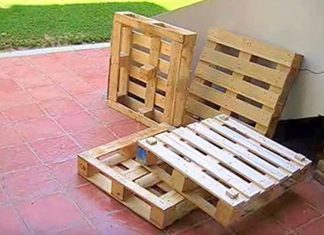 fortherich - 27 November , 2017 0
There are just a few more weeks until Christmas, and most of us have already started decorating our homes for the holidays. And if...

All Americans Will Receive A Microchip Implant In 2017 as ObamaCare...