Not all superheroes named Batman wear capes and live in Gotham City. Just look at the adorable cat in the video below!
Everybody, meet Batman, the cat! This peculiar looking rescue cat was born with an extremely rare mutation that gave him two set of ears. Yep, you read that right! This cat has four ears. Well, in all fairness, the cat doesn’t have extra ear canals or hearing organs. The ears are basically just two flaps, so the cat doesn’t have sharpened senses, like better hearing, for instance.
So even though he kind of looks like a famous superhero, Batman the cat doesn’t have super hearing.
Still, there is no denying that he is a one-of-a-kind.
Batman was surrendered to the Western Pennsylvania Humane Society in Pittsburgh when he was only 3-years-old. His owner could no longer take care of him. The folks at the animal shelter were understandably surprised when they first saw Batman, but it didn’t take long for him to get used to his unusual appearance.
In fact, Batman’s strange look is what made him a hit at the shelter. You see, many people like pets who look a bit unusual, and Batman definitely fits that description. Take a look: 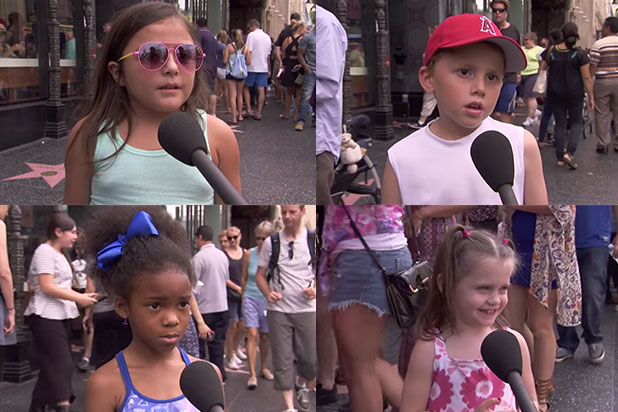 fortherich - 23 July , 2015 0
It’s funny how innocent little kids are. Jimmy Kimmel has an entire segment on his show called ‘Kids Explain’ that proves just that. This...

His Owner Wasn’t Letting Him In, His “Comeback” Has Internet In...