This video starts out pretty weird. A guy tells his mom and dad that he wants to shoot a video of them doing a new social media challenge that says it would be difficult to tie a shoe backwards while blindfolded if the shoe was laced a different ways.
The parents immediately agreed thinking it would be just a fun experiment they can try out as a family. At first, the man gives his parents a pair of regular shoes to see what the challenge is all about. After blindfolding them, the man then brings out a pair of baby shoes and hands them to his parents.
Dad is the first one to figure out what is really going on, and that the baby shoes are actually his son’s way of letting them know they are going to grandparents soon enough. The soon to be grandma still struggles for a little while to tie the shoelaces until his son tips her off by telling her that she has about seven months to learn how to tie baby shoelaces before she will have to do it for her grandchildren.
This is one of the best baby announcement videos out there. Take a look! 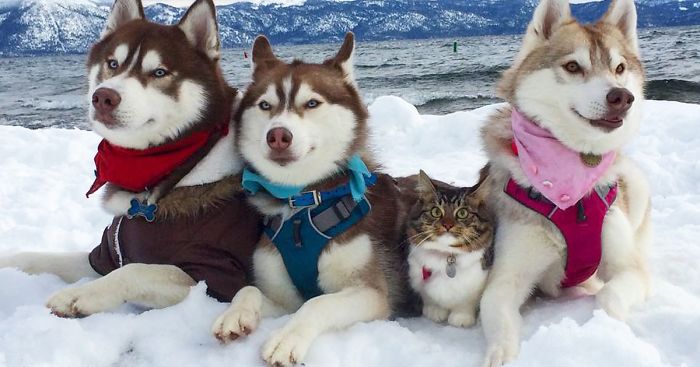 3 Huskies Save a Cat From Dying, They All Become Best...

Do You Want to Adopt a Puppy? Here Are 4 Things...

Zoo Footage Captures Gorilla, When He Turns Around See Why He’s...

Dirty oven? Here is the most effective ways to clean it,...