James Robertson, a man living in Detroit, became famous after his story went viral online. The 56-year-old man walked 20 miles to his job at the factor every day for ten years. This left him with only 2 hours of sleep per night. Still, he never missed a day of work!

The man’s life changed when Evan Leedy, a 19-year student at Wayne State University in Detroit, heard his story. Evan started a campaign and managed to raise over $311,000 so far. More than 12.000 people contributed. Moreover, a local Ford dealer offered James a free a Ford Taurus! 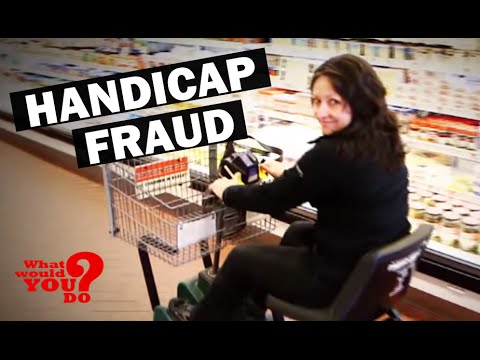 fortherich - 17 May , 2016 0
Living with a disability is a daily struggle. So to think anybody would actually fake having a disability just to save some time in...

This Prank Leaves a Mark in the Pants! When a Raptor...

Their Baby’s Name Was Banned In Court! This Is What They...

Cheerful little pug is taking a nap in the sunshine. When...

She Had A Sore Throat, But Doctors Made A Shocking Discovery:...