Butter and margarine are both a part of many people’s diets. Whether you use it to fry your omelet, spread it on toast or add some extra flavor to your popcorn, chances are you’ve used one or the other as well.
Now, people who are big fans of butter are convinced it’s the better alternative, while margarine companies go on and in about how their product is the healthier option. So who’s right? Is butter better than margarine or is it the other way around?
Well, the truth is there’s no easy answer to this question. Although butter is typically seen as being the one leading to weight gain, the truth is that margarine is not perfect either. The key here is to understand what’s the difference between them.
Butter is made from creamer milk and has been used for thousands of years. But scientists have often warned consumers about the high level of saturated fat in it. Butter has more than 35 calories per teaspoon, so it will inevitably lead to weight gain if consumed in large quantities.
Margarine on the other hand, is created primarily from plant oil. As opposed to butter, it’s high in unsaturated fat, which may seem like an advantage when compared to butter. However, unsaturated fat has a lower melting point, and its natural state is less solid. To make it a little more solid and give it a better consistency, scientists decided to make it a little more saturated.
The problem is that through this process called hydrogenation, margarine turns into something that our bodies have a hard time processing. Pretty complicated, right?
Watch the video below to get more details. 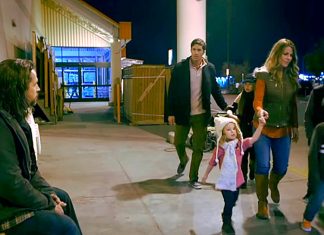 fortherich - 9 December , 2017 0
It’s that time of the year again, and most of you reading this are probably feeling a bit overwhelmed by all the things you...

Affectionate Lamb Demands So Much Attention It Makes The Dog Jealous!...