A pink dolphin sure sounds like something that could only exist in a Disney movie or children’s imagination. But, believe it or not, a pink dolphin appropriately named Pinkie was actually spotted and captured on camera as she was swimming in a Louisiana lake.
As it turns out, the dolphin has been swimming in these waters for years. After images of the dolphin went viral, several people have come forward and said they too have had an opportunity to see Pinkie in real life. Well, a pink dolphin surely doesn’t go unnoticed wherever it goes!
But what is the explanation behind the dolphin’s unusual color? Experts say that dolphins who have this unique color suffer from albinism. This condition which also manifests in humans is the reason why Pinkie doesn’t look anything like other dolphins, color-wise. Pinkie’s body simply doesn’t produce the normal chemicals which pigment the skin grey.
Pinkie definitely stands out among other fellow dolphins, but she surely doesn’t seem to mind being different. In fact, she seems to love the attention she gets for being special! As you can see, she is a happy, energetic dolphin who loves swimming freely in the water, just enjoying life.
Chances are, she doesn’t even know she’s actually a different color than her other dolphin friends. Still, there’s no denying that her look is totally unique. After all, a pink dolphin is not something you see every day, right?
So make sure to share this with all of your friends and family online. 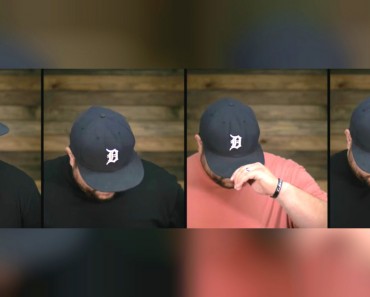 fortherich - 25 May , 2016 0
Millennials (also known as the Millennial Generation or Generation Y) definitely have the potential to make the world a better place. Still, there are...

She Was Told A Surprise Guest Wants To Give Her A...

He’s filming the landscape but when THIS happens, he starts to...

This Bridge Building Machine Is Going To Change The World. Awesome