The guy in this video was given a $50 ticket for not riding his bicycle in the bicycle lane. Casey Neistat tried to explain he police officers who gave him the ticket that riding in the special areas is not always safe. As the cyclist says in the video, the cop didn’t care, so he resorted to more extreme ways to convince him and the rest of the world that what he said is true. The man filmed himself riding in the bicycle lane and hitting every obstacle in his way (and there were a lot of them) trying to make a point! 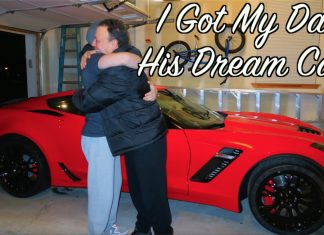 Unsuspecting Grandpa Bursts Into Tears When He Realizes Daughter Bought His...

fortherich - 9 October , 2017 0
One of the best feelings in the world is being able to make someone happy. Seeing someone you love smile because of something you’ve...

This Girl Takes The Stage In A Studio Full Of Adults...

His Baby Was Crawling On the Floor When The Puppy Did...