Spider-tailed horned viper; sounds pretty bad, doesn’t it? Oh well, it is. This Iranian snake might just be the most terrifying kind of snake Mother Nature has to offer. The spider-tailed horned viper has a bizarre shaped tail that looks a lot like a spider. Apparently, the snake uses this tail to attract unsuspecting prey. At first scientist thought its tail is a deformity, as one single specimen has been spotted. But recently, researchers managed to conclude that the snake’s tail is actually a defining characteristic of a whole new species of snakes.
Watch the video and comment below: 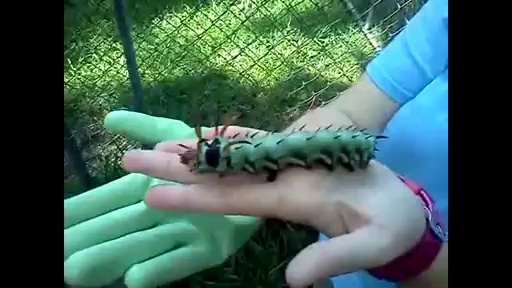 fortherich - 19 July , 2016 0
The name refers to the caterpillar stage larva of any species belonging to the order Lepidoptera . We all look in wonder butterflies fragile...

Is This School Haunted? You Won’t Believe What Surveillance Cameras Captured...

The Music Selfie Experiment: Do You Know How Your Face Sounds...

This Is Nuts! 400 Men Willingly Cut Off Their Testicles To...