For the past three decades, Jon Bon Jovi has been synonym to Rock’n’Roll. He is one of the top performing artists in the world, but he somehow managed to keep his feet on the ground and remind himself that while fame is exciting, it’s fading, and that at the end of the day family is what’s most important in life.
There’s np denying that Bon Jovi had led an interesting life that forced him to be away from his family, sometimes for long periods of time. But he always kept a balance between his personal and professional life.
The singer was always pretty private about his private life, but what many people don’t know about him is that he has been married to the same woman for the past 27 years. In Hollywood where many marriages end after only a couple of years, this is a rarity.
Bon Jovi met his wife while they were still in high school. They fall in love and spent every moment of their youth together. When Jon Bon Jovi started his rise to fame, Dorothea was right there by his side, supporting his dreams and following him where he went.
The singer did the same for her, and slowly, they managed to build and grow their future together. Almost three decades later, they are the proud parents of four beautiful children, and they say their love for one another hasn’t faded.
People magazine visited the couple at home, and asked them a few essential questions about their life as a family and how they managed to shield their children from fame. Take a look: 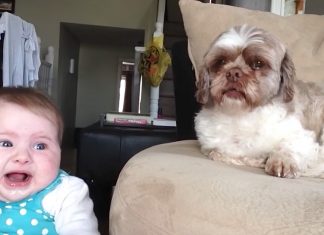 fortherich - 28 September , 2017 0
Even the best of friends argue from time to time, right? But when those two friends getting in an argument are an adorable baby...

CREEPY : What did this nurse do to the PATIENTS she...

Little Girl Steals The Show During A Live Reporting. I Love...